While Hopelessly Devoted is #3.5 in the “Scorned Women’s Society” series, I read it as a standalone without prior knowledge of the SWS series. Hopelessly Devoted was absolutely sweet, and deliciously hot. I’m not mad about starting late in the series, but I did already order the previous books, and then some! There are several series based in the Green Valley Chronicles, Penny Reid Book Universe. I need them all!!

Hopelessly Devoted is the telling of two sexy men that meet by chance, and are later forced into close proximity after thinking they’d never see each other again. Skip is only in Green Valley Tennessee to help his best friend through a crisis. Jack is a resident of the small town, and is just as instantly attracted to Skip. Too embarrassed to by his behavior during their first meeting, Skip almost ruins his chance with Jack. Spending a weekend together camping is just what they needed to let down their guards.

Skip and Jack both have a past to heal from.

Before Jack and Skip can let themselves be loved by the other, each of them has to heal. Jack was burned by a man he loved deeply. Something he vows to never allow to happen again. Skip meanwhile suffers from a bad case of unrequited love. Piper Sheldon takes each character through life learning. Real life isn’t much rosier than what these guys are going through. It makes them very relatable while reading Hopelessly Devoted.

I’m not sure which one I found more attractive, so I didn’t bother to decide. I loved them both, and they were so right for each other. Each of them were the right amount of sensitive mixed with a rugged outdoorsy element to them that can give you the shivers. This was my first Piper Sheldon book but I know now that it won’t be my last. 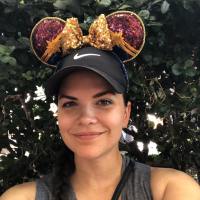